This sunny November Monday at the Zwickau plant was a historic one - as the guest list at the ceremony already showed: When the first ID.31 production vehicle rolled off the assembly line at around 11.30 a.m. and was presented to the general media public, not only Group CEO Dr. Herbert Diess and Supervisory Board Chairman Hans Dieter Pötsch were present, but also Chancellor Angela Merkel and Saxony's Prime Minister Michael Kretschmer, Kretschmer's predecessors Kurt Biedenkopf and Stanislaw Tillich as well as Carl Hahn, today 93 years old, who was Volkswagen's CEO from 1982 to 1993 and was responsible for starting Volkswagen production in Saxony in 1990. They all had one thing in common: today marked a big step for Zwickau. For Volkswagen. But also for the entire automotive industry. 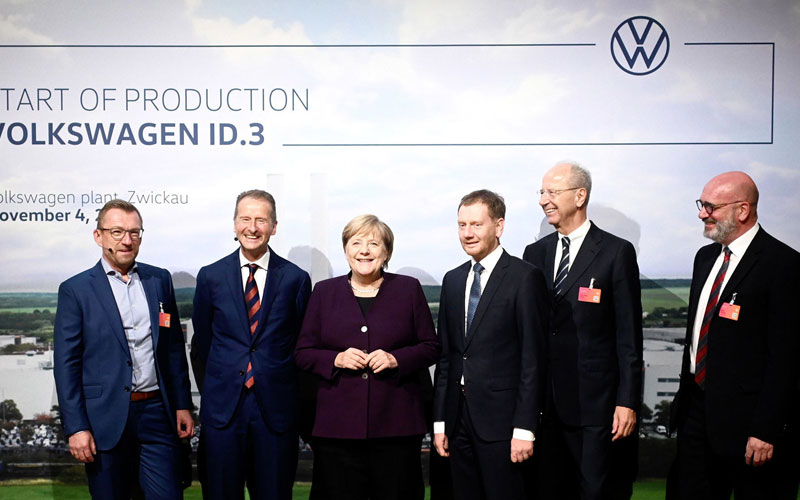 The future belongs to electric driving. And Volkswagen is supplying the car for this future. With ID.3, we are bringing electric mobility out of its niche," said Volkswagen CEO Diess in his speech. And Thomas Ulbrich, member of the Volkswagen Board of Management responsible for e-mobility, added that for Volkswagen today it is far more than just the start-up of a car. "Volkswagen will make this technology affordable for millions of people. That's why we are completely converting our plant here - from 100 percent combustion engine to 100 percent electric." 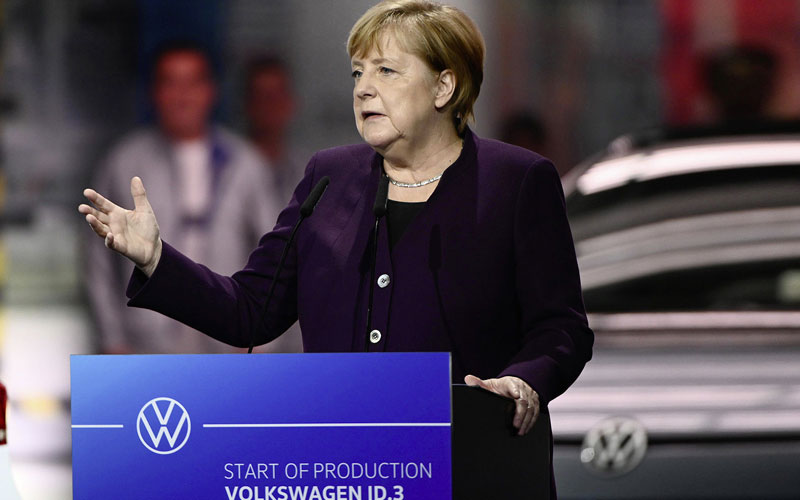 In her speech, the Chancellor was particularly pleased that Zwickau was "the flagship of this change" and thus not only a cornerstone of the German automotive tradition, but also "a cornerstone of the future of the German automotive industry". On behalf of the German government, Merkel also promised her support for the rapid expansion of the charging infrastructure for electric cars as well as incentives to buy electric cars. "We know that we must hurry," Merkel said. "We are prepared to make great efforts." For her it is important that many people can afford an electric car as soon as possible - and that the electric car "literally becomes a Volkswagen, just like the Beetle and the Golf used to be". 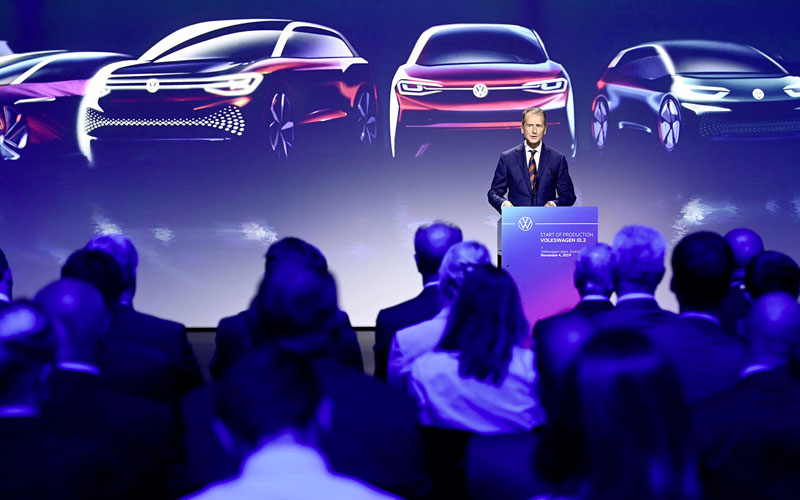 By 2028, Volkswagen intends to sell around 22 million electric vehicles across the group and help the electric car to make its breakthrough. Zwickau plays a key role in this: for the first time, a large car factory with investments of 1.2 billion euros will be completely transferred to the Electromobility retrofitted. Around 100,000 electric models are to be produced in Zwickau as early as next year. From 2021, up to 330,000 electric cars per year will come off the production line. The location will thus become the largest and most efficient electric car plant in Europe and play a pioneering role in the transformation of Volkswagen's worldwide production network.